A chance to listen to a visiting speaker on a big issue. This month: 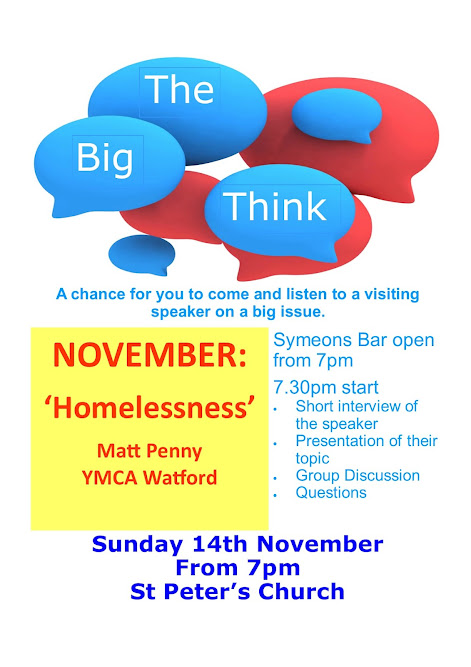 We are looking for new ideas for topics and speakers for next year's series. If  you have a suggestion please contact the Parish Office (office.parish@btinternet.com)
or Simon (frsimoncutmore@gmail.com)
Posted by Fr. Simon Cutmore at 13:23 No comments:

Remembrance Services in the Parish 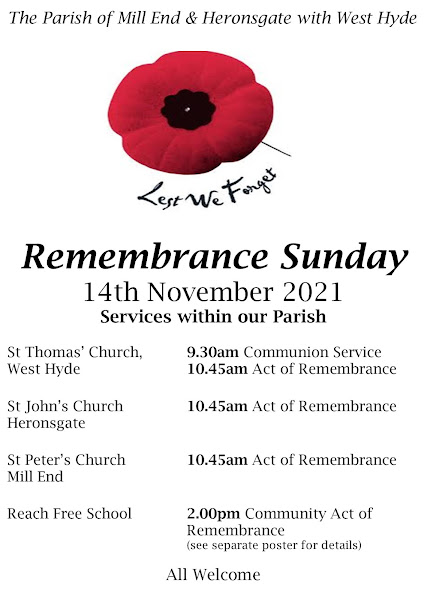 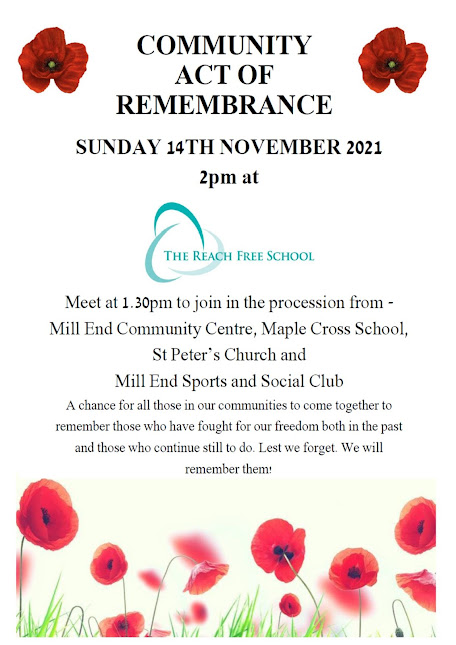 Fusion - join us this Sunday 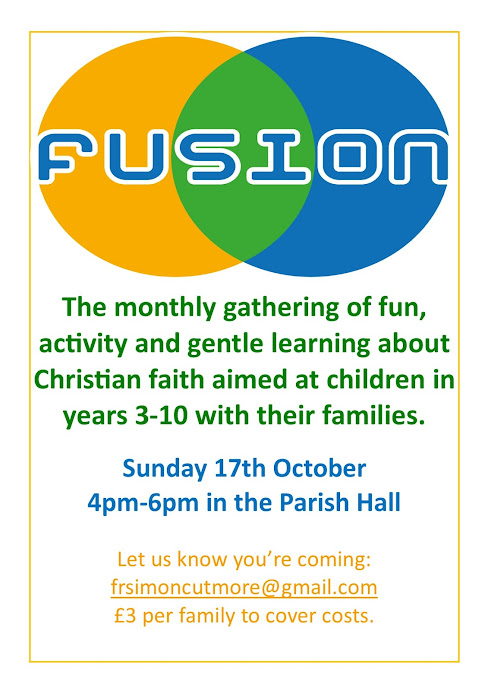 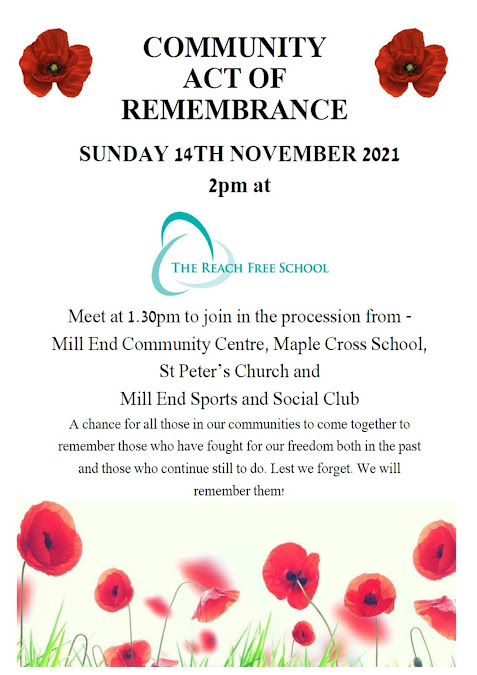 Service of Thanksgiving and Remembrance

A service to remember and pray for those who have died and includes familiar and well known hymns.
Names of those whose funerals have happened in the parish in the past 7 years are read out at the service.
To add an additional name to be remembered please contact the Parish Office:
office.parish@btinternet.com  / 01923 772785 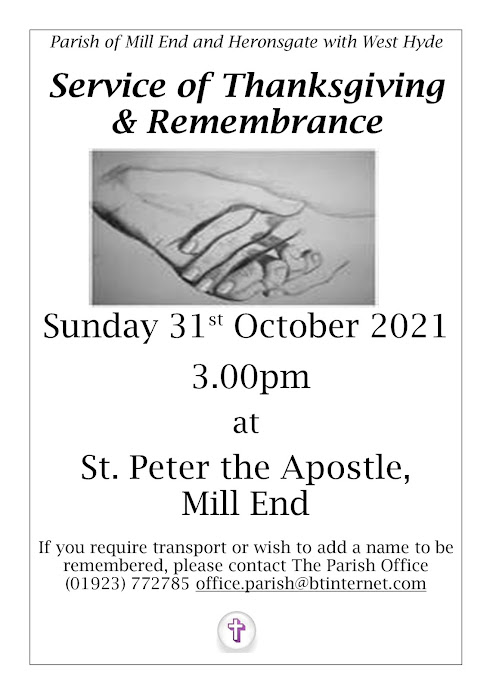 Delayed from March 2021. A women-led global ecumenical movement, planned for this year by the women of the Republic of Vanuatu. Theme: 'Build on a Strong Foundation'. 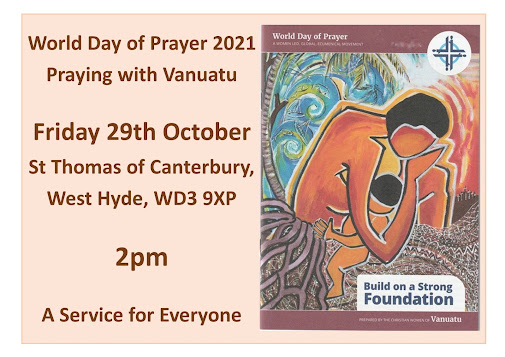 The Day of Prayer is celebrated in over 170 countries. It begins in Samoa and prayer in native languages travels thoughout the world - through Asia, Africa and the Middle East, Europe and the Americas before finishing in American Samoa some 39 hours later. Because of Covid-19 restrictions we were unable to hold it on its usual day of first Friday in March BUT  we are planning on holding it on Friday 29th October at 2pm at St Thomas' Church.

In this service, based around a passage from the Gospel of Matthew, Chapter 7, women, men and children are called to 'Build on a Strong Foundation' and live in unity, peace and love in the context of ethnic and cultural diversity, like Vanuatu and so many other places around the world.

Although the service is planned and prepared by women, everyone - women, men and children - is invited to attend.

Please do come and take part

The Big Think - a chance to listen to a visiting speaker on a relevant topic. This month, Sustainability 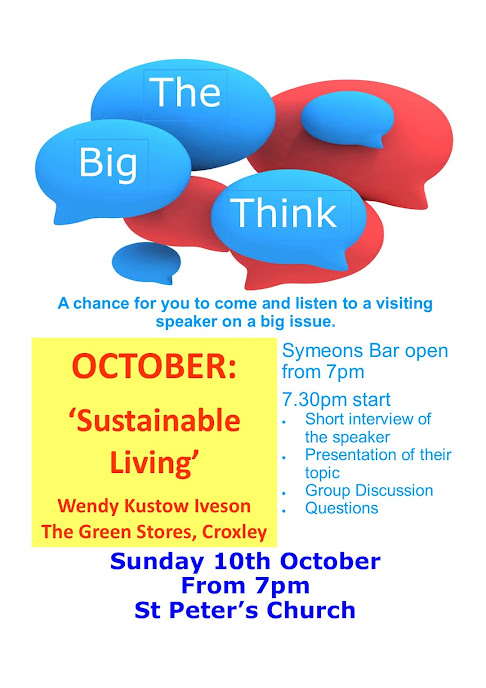