Wild Mustard and the Leveson Enquiry 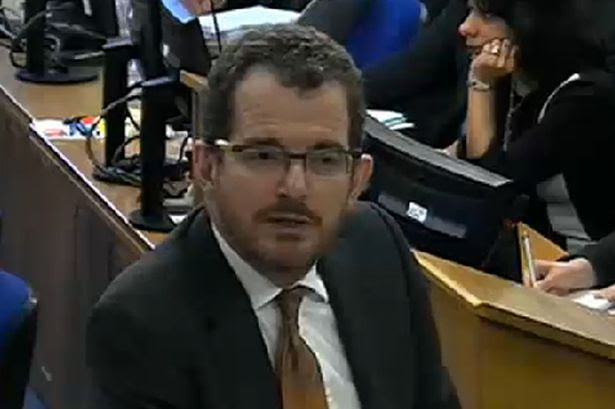 It has been fanscinating watching the Leveson enquiry unfold. Hearing politician and journalist alike forced to talked about the all too powerful relationship, sometimes unhealthy link between politicians and the media. It has been very sobering to hear former and current Prime Ministers and significant journalists admit that they flirted with one another and opened all sorts of unwritten rules and how the media would stop at nothing to get the story for us to rubberneck at.  Leveson has shown us what we hadn’t seen, or did not want to see about all these relationships.  The enquiry has, I hope, reminded us that the electorate still have the power. Despite the agricultural imagery, i was shocked to discover my friends, that these parables have more in common with political intregue than growing potatoes with my children in our garden.

Jesus is the master of using images from the world around him to make his point. In a post-industrial age, these parables can seem rather quaint and whimsical, but they used the language and images of a local and agricultural world. Jesus says that the Kingdom is like a man scattering seed. Now I don't know whether I am reading the passage wrongly, but in my mind at least there is definitely a difference between scattering and sowing. Sowing to me implies a careful, deliberate, placing of a seed or seeds in soil that has been prepared. It is about maximising the potential yield of an expensive commodity - the seed.

Jesus here though tells us that the man scatters the seed on the ground. He goes to bed and wakes up in the morning to find the seed sprouting. The man is clearly astonished. He does not understand the biology of what has gone on - he doesn't understand how these seeds have grown.

Then we seems to get a bit of a gardening textbook, '...The earth produces of itself, first the stalk, then the head, then the full grain in the head. But when the grain is ripe, at once he goes in with his sickle, because the harvest has come...’ The man scattering seed may not understand how the seed grows but he does know when to harvest - only when the grain is ripe and full.

What is Jesus trying to say? Jesus talks of God's Kingdom - God had been worshiped as king by Jews for millennia. Talk of a coming Kingdom would normally carry with it images of political and military power. Yet Jesus seems to say that God's kingdom comes with no pomp or power. Rather it appears, almost surprisingly, as if from nothing - something as insignificant as some seeds scattered randomly on the ground. The when the kingdom starts to grow - the outcome, the results are visible and tangible for all to see.

Jesus goes on... the kingdom is like a mustard seed - the smallest of seeds which grows into a bush big enough for the birds to nest in. Mustard seeds are not the smallest seed nor do they grow to be the biggest trees. Jesus isn’t being literal here, but he is trying to make a point, the question is what?

The parable is probably loaded with symbolic imagery - the birds nesting in the tree might symbolise a powerful nation gathering other people under it's sway - as in Daniel 4:10-12.  There will come a time, says Jesus, when the nations will gather under the wing of a renewed Israel.

Alternatively, there is the ‘traditional’ interpretation which says something like - Jesus' ministry doesn't seem to amount to much at this stage, but looking at his ministry with a God’s eye view of history, there will be a time when it will have a huge universal following.

Another alternative - Jesus could be referring to what we would call wild mustard. This is a persistent weed that is almost impossible to eradicate once it has infested a field. It is not a tree, but at it’s most dynamic, it is a small shrub. The parable takes on a new meaning because all of a sudden Jesus is talking about politics.

Fields were generally owned by the wealthy and the poor worked on them for the benefit of the wealthy. It was hot, hard, demanding and poorly paid. The workers did not benefit from the fruit of their labours. If wild mustard stated to grown in your field you would need to get rid of it as it is a persistent weed and will take over if left unchecked. It will threaten the livelihood of the wealthy landowner who only make their money from the poorly paid field hand.

The Kingdom of God is like persistent wild mustard. It is so persistent, so virulent that it will grown to become something that in reality it cannot be - a huge tree offering shelter.

The kingdom of God is powerfully coming, but almost as if from nothing and largely unseen until it has taken a hold. As it does so, it will turn on it's head the usual enconomy of power in the world. It will work against the wealthy and powerful to the benefit of the poor - it will do the seemingly impossible. It will begin small, but will ultimately draw all people in.

How does this impact us here, today? These parables have more in common with political intregue in the corridors of the Palace of Westminster as the Leveson enquiry unfolds than gardening. It's almost like, whatever we do, almost perhaps in spite of and our faith, God will bring His kingdom to fruition persistently, virulently where He wills it. As He does, he will actively work against those abusing power and liberate those oppressed by ‘the system.’ Or perhaps put another way, we in the church so often try to control God - we say things like ‘we don't do 'that' we're Anglican/traditonal/Broad church/ whatever...’ In the parables this morning, Jesus reminds us that God will quietly and powerfully work amongst us, growing the Kingdom by the power of His Spirit.

This morning Jesus reminds us that God will bring the kingdom and it will grow where we do not want it - like a weed - transforming lives outside the church community, challenge structures and authorities and power in society. Not very seemly at all... The question is, who are we in these stories? Are we the landowner with an infested field - dismayed to see God at work in ways and in places that He shouldn’t be, or are we the liberated farm hands waiting for the harvest, longing for freedom and change? Amen
Posted by Fr. Simon Cutmore at 23:24

Email ThisBlogThis!Share to TwitterShare to FacebookShare to Pinterest
Labels: Trinity 2

In these days of pandemic, if you are hoping to attend public worship at St Thomas, West Hyde at 9.30am, we are asking you to book a space.
To book a seat follow this link or contact the Parish Office on 01923 772785 or office.parish@btinternet.com

In these days of pandemic, if you are hoping to attend public worship at St John's, Heronsgate at 11am, we are asking you to book a space.
To book a seat click on this link or contact The Parish Office on 01923 772785 or office.parish@btinternet.com