The Girl, The T Shirt And Brooklyn Beckham: A Transfiguration Sermon 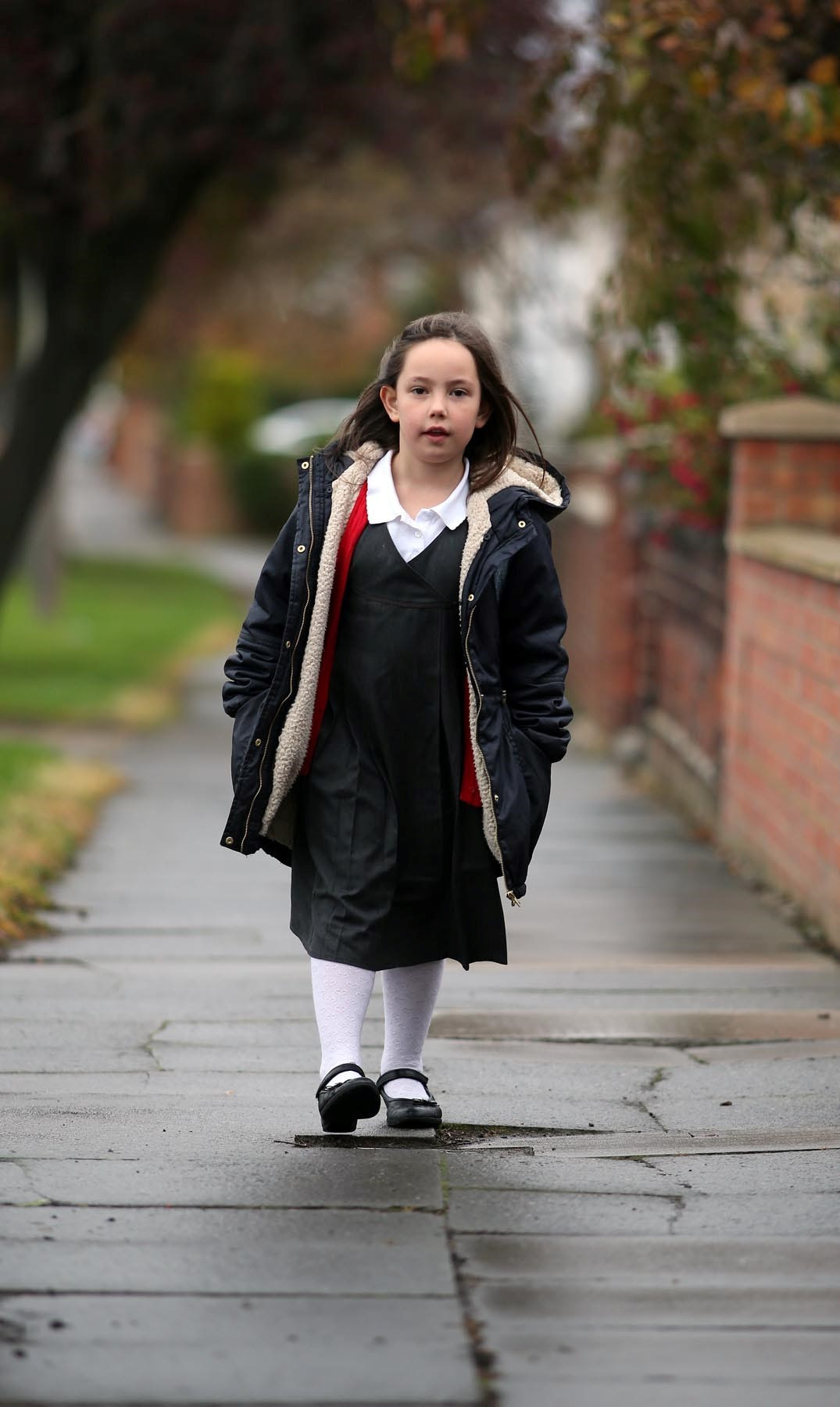 There was a girl who walked herself home from school each day.  One day her mother noticed that she hadn’t got home at the usual time. Five minutes went by - perhaps she got talking with a friend. Ten minutes passed - she’ll be back in a mo. Fifteen, twenty minutes passed still no sign. Perhaps she had an after-school club, that I’ve forgotten about, but the list clearly said there was no club that day.  Twenty five, thirty, thirty five minutes passed and still no sign. Just before mum had reached fever pitch and rung the school and then the police the door opened and in strolled her daughter.

Overcome with relief and joy, as any parent would, mum ran to her daughter and swept her into the biggest cuddle imaginable. But relief turned to anger as it so often does: where on earth have you been I have been worried sick demanded her mother sternly. Well I was walking home from school said her daughter and as I rounded the corner into our road I saw a woman carrying lots of bags and a very beautiful very large vase. I could see that she couldn't manage. Do you go and help her home her mother eagerly asked. No, said her daughter.  As I got near to her she dropped the vase onto the pavement and it broke into hundreds of pretty pieces. Her mother’s face changed - so you were late because you stayed to help her pick them up? No said the girl.  Then what said her mother.  The girl replied - I was late because I helped her cry.

Sometimes when the load we carry in life is too great to bear, and we drop something and we see how broken we are, sometimes we need someone to weep with us.

This morning the lectionary compilers give us the option to stop our reading at vs 36 and be stunned into silence with the disciples at the experience they had had with Jesus on the mountain, but my friends we need to hear again and and again of the God who loves us, not from a distance, but comes to us in our tear-stained pleading for healing and hope.

28Now about eight days after these sayings Jesus took with him Peter and John and James, and went up on the mountain to pray. 29And while he was praying, the appearance of his face changed, and his clothes became dazzling white.

Do you remember those washing powder ads where they tried to show one brand was better than the other leading brand because it washed whiter on just a 30 degree wash? This feels like - try new Glory - washes you whiter than white! You can see why, with talk of changed faces and glowing clothes, why some scholars think that parts of this story are actually a resurrection appearance of Jesus tagged on to another tale. But is that a problem? On the mountaintop Jesus talks with Moses (symbolising the Law of God) and Elijah (the prophets) about his departure in Jerusalem. From this point in our liturgical calendar we can look down into the valley onto Jerusalem and on towards Jesus’ inevitable death and Passion. We know where the story of Jesus is headed. Are we willing to walk there with Him?

34While he was saying this, a cloud came and overshadowed them; and they were terrified as they entered the cloud. 35Then from the cloud came a voice that said, “This is my Son, my Chosen; listen to him!”

I had the misfortune of typing ‘father and son’ into Google as I prepared this.  In the search results, alongside stories of tragic deaths of fathers and sons over Christmas and New Year, came up a tale about Brooklyn Beckham (an aspiring model) sporting a new outfit in a photo on social media, to which his father David Beckham responded ‘Hey, that’s my jumper!’

Look at my Son the voice of God is heard saying, look at my son says the possessed son’s father to Jesus.  Both stories in this morning’s Gospel are inextricably linked.  Often we come to church or to a place of quiet prayer, to remove ourselves from the pressing needs of our society for an hour’s quiet space in the presence of God.  But it is clear from what we hear of Jesus this morning that whilst His true identity is revealed to a select few in the context of prayer and worship, it only makes sense in the context of a compassionate response to the needs of people.  For us, what we receive here from God in Word and Sacrament only make sense if we take them out from here into our everyday living in response to the needs of God’s people.

As we stand on the cusp of Lent we know where the story of the life of Jesus is going. Even from here the cross looms large. Are we willing to follow Jesus, I mean really follow Him, because not all of this is going to be glorious and wonderful. Sometimes the load we carry is too great to bear and things and lives shatter and break, but…

God loves the world so much that He sent His Son so that everyone who believe in Him shall not perish but have eternal life for God did not send His son into the world to condemn the world but to save the world through Him.

On the mount of transfiguration we get a look back to the scandal of Christmas - that the glory of God comes amongst us in human form - and that glory is revealed to us again; but on the way to Calvary He comes down from the mountainside, amongst us in our brokenness, and demonstrates what that glory really means in acts of love and compassion in response to human need.

Friends, Jesus’ glory is revealed in mountaintop experiences of prayer and worship but it only transforms lives in the context of the here and now.  Having met Jesus in Word and Sacrament this morning, and having our hearts transfigured by His grace - are we willing to demonstrate His glory to others in their need? As we head towards Lent are we willing to embrace the cross to which we are headed with Christ; to acknowledge our need of His saving love for ourselves; and to accept that we can hear of His love for us but if we want hope and peace in our lives then then we need to meet Him there.
Posted by Fr. Simon Cutmore at 21:07 No comments: