Musings On My Green Stole 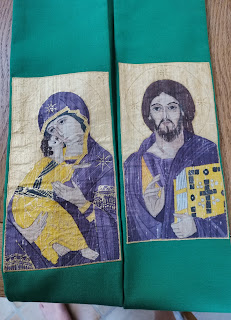 I am writing this on the 20th anniversary of my ordination to the Diaconate. The picture shows one of the stoles given to me to mark that occasion. It came from the congregations at Holy Trinity Maisons-Laffitte where I had worked as a Youth and Children’s Worker and Chaplaincy Assistant for two years, and where my vocation was tested.


When Sam saw it recently he noted that the beautiful silk panels (of two icons that the church gave me when I moved to Durham to begin my training) were starting to show some wear and tear and perhaps I should seek some help in restoring them. But tonight I realise that this stole bears the marks and scars and love of those 20 years and in many ways what it means for me and you to exercise the ministry Christ calls us to. 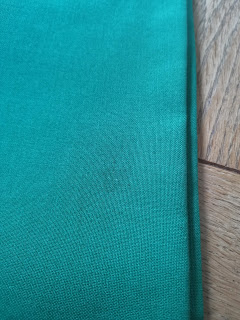 One side of the stole has a stain on it - either a drip of wax ironed off with greaseproof paper as my incumbent taught me, from one of the many candlelit services we seemed to hold in my Curacy parish; but more likely though it is a drip of wine from the very many times I have worn it to take Holy Communion to the sick or housebound - where the parishioner received Jesus in the bread and wine of the Eucharist, and I met him in strong brown tea in a chipped mug and bendy biscuit.


The nape of the neck is pretty grubby, sweat stained dare I say, reminding me of the many Eucharist’s I wore it at in my Curacy parish (but sadly less so subsequently), where I had the privilege of serving at the altar, administering the Sacrament, preaching God’s word; but also reminding me of the number of times I lugged chairs around before or after an event, or led an assembly, or sat with a bereaved family and planned the funeral of a loved one, or led a Eucharist in a hospital or nursing or care home, or sat with someone lonely or broken. 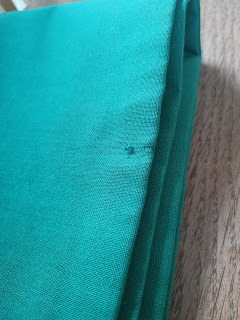 There is a thread pulled out slightly on one side of it, leaving it imperfect. This is from where I had to pin it when I wore it as a Deacon. That pull reminds me that, 20 years later, I am still imperfect and blemished. It reminds me of the number of God’s people I should have ministered to differently, of the situations or conversations that with hindsight I realise I could have handled in other ways. But that pull is part of a beautiful whole - God loves despite it all.


In many ways, 20 years later, I can confidently say that being a Deacon has left an indelible mark on the ministry I am called to exercise. In an age of Renewal and Reform in the Church of England, where a ‘growth agenda’ at all costs, and an increasing emphasis on a culture of leadership seems to be the driving force of ministry, this stole calls me and you to be something different.


As Sam readied himself to be ordained a priest recently, I did what I do annually at this time of year, and returned to the Ordinal to be reminded of what the church hopes that these ministries might be as part of the priestly ministry of the whole people of God:

‘... The Church is the Body of Christ, the people of God and the dwelling-place of the Holy Spirit. In baptism, the whole Church is summoned to witness to God’s love and to work for the coming of his kingdom.

To serve this royal priesthood, God has given a variety of ministries. Deacons are ordained so that the people of God may be better equipped to make Christ known. Theirs is a life of visible self-giving. Christ is the pattern of their calling and their commission; as he washed the feet of his disciples, so they must wash the feet of others…

To serve this royal priesthood, God has given particular ministries. Priests are ordained to lead God’s people in the offering of praise and the proclamation of the gospel. They share with the Bishop in the oversight of the Church, delighting in its beauty and rejoicing in its well-being. They are to set the example of the Good Shepherd always before them as the pattern of their calling. With the Bishop and their fellow presbyters, they are to sustain the community of the faithful by the ministry of word and sacrament, that we all may grow into the fullness of Christ and be a living sacrifice acceptable to God…’

The call of God on all of our lives is one of love, to be in a relationship of love with Him, and in turn to call others into that same relationship themselves. We answer that call first at our Baptism and it finds fulfilment in our following of Jesus in our lives, whether as sidesperson, reader of readings, leader of intercessions, maker of a good cuppa, a listening ear, a friend to your lonely neighbour, Deacon, Priest, Bishop or Reader, teacher, bank manager, bus driver, Cub Scout leader and so on. What Jesus calls us all to, is not a glamourous leadership role for which we will be extolled for our courage or skill - rather it is a way of love that cannot be easily quantified or counted and which often goes often unnoticed - but it is there, the Kingdom is revealed.
Posted by Fr. Simon Cutmore at 23:25